The comparable uncontrolled price (CUP) method is described in US Treas. Reg. §1.482-3(b).

We hold that the empirical verification of CUP transactions is best measured by regression analysis.

This can be tested using the bivariate regression:

We assume that the intercept is zero (α = 0), and test the CUP “law of one-price” hypothesis that the slope coefficient is unity (β = 1).

The two assumptions that α = 0 and β = 1, which we can submit to statistical significance (reliability) testing, can reduce equation (1) to:

In addition, comparability under the CUP method depends on close similarity respecting contractual terms or economic conditions, or adjustments to account for any differences.

If such adjustments cannot be made, or if there are more than minor differences between the controlled and uncontrolled transactions, the CUP method may be used, but the reliability of the results as a measure of the arm’s length price will be reduced. Further, if there are material product differences for which reliable adjustments cannot be made, the CUP method cannot provide a reliable measure of an arm’s length result.

(B) Adjustments for differences between controlled and uncontrolled transactions. If there are differences between the controlled and uncontrolled transactions that would affect price, adjustments must be made to the price of the uncontrolled transaction according to the comparability provisions of Treas. Reg. §1.482-1(d)(2). Specific examples of the adjustment factors that may be relevant to the CUP method include the (1) Quality of the product; (2) Contractual terms (e.g., scope and terms of warranties provided, sales or purchase volume, credit terms, transport terms); (3) Level of the market (i.e., wholesale, retail, etc.); (4) Geographic market in which the transaction takes place; (5) Date of the transaction; (6) Intangible property associated with the sale; (7) Foreign currency risks; and (8) Alternatives realistically available to the buyer and seller.

We tested the “law of one-price” model (1) using a random sample of 64 ordered pairs of controlled and uncontrolled prices in the taxpayer's audit year, and we obtained the regression results:

The CUP hypothesis that β = 1 is inside of this factual-based 95% confidence interval. Therefore, we can conclude (with strong statistical confidence) that the taxpayer has established (as a factual matter) the existence of CUP transactions during the audit year under examination and that no transfer pricing adjustment was warranted. The chart below provides a visual image of this real CUP examination.

(i)  A CUP may be derived from data from public exchanges or quotation media, but only if the following requirements are met:

(A) The data is widely and routinely used in the ordinary course of business in the industry to negotiate prices for uncontrolled sales;

(B) The data derived from public exchanges or quotation media is used to set prices in the controlled transaction in the same way it is used by uncontrolled taxpayers in the industry; and

(C) The amount charged in the controlled transaction is adjusted to reflect differences in product quality and quantity, contractual terms, transportation costs, market conditions, risks borne, and other factors that affect the price that would be agreed to by uncontrolled taxpayers.

(ii) Limitation. The use of data from public exchanges or quotation media may not be appropriate under extraordinary market conditions.

The existence of actual CUP transactions can be demonstrated in a reliable way by testing the statistical significance of the “law of one-price” between controlled and uncontrolled individual (disaggregated) product sales or purchases. Here, we show that regression analysis is a reliable tool to assay claimed CUP transactions and establish their verifiable existence.

Without the rigor offered by regression analysis, we may be lost in Ulysses Gaze and not reach CUP island.

Ednaldo Silva, “Applying Regression Analysis to the Cup Method,” Tax Management Transfer Pricing Report, Vol. 10, No. 15, November 28, 2001. This article uses unidentifiable data from an actual transfer pricing case docketed in the US Tax Court (but settled in pretrial negotiations) in which this author served as the taxpayer's economic expert witness and utilized the CUP method to demonstrate that the IRS transfer pricing audit deficiency was unwarranted. See (Bloomberg BNA, November 26, 1997):

“IRS Concedes Adjustment in Case of Houston Electronics Distributor: The Internal Revenue Service Oct. 22 [1997] conceded the $21.7 million in deficiencies it had assessed a Houston electronics distributor, most of which stemmed from sales the Service attributed to the distributor, Eletex Inc., from a Mexican manufacturer, according to stipulated decisions filed in Tax Court. [Eletex Inc. v. Comr., No. 7245-96, T.C., and Conductores Monterrey S.A. de C.V. v. Comr., No. 27498-96, T.C., stipulated decisions filed 10/22/97]. The stipulated decision in Eletex’s case said the parties agreed no deficiencies or penalties were due from the company for 1988-93.” Reproduced with permission. Published November 26, 1997. Copyright 1997 by The Bureau of National Affairs, Inc. (800-372-1033) < https://bloombergindustry.com/>

Sanford Weisberg, Applied Regression Analysis (4th edition), Wiley, 2014. This book was written by a statistician (non-economist) and his approach is less cluttered than introductory econometrics textbooks.

Thomas Wonnacott and Ronald Wonnacott, Instroductory Statistics, Wiley, 1969. The authors were gifted writers. Chapter 7 (Estimation), Chapter 12 (Regression theory) and Chapter 13 (Multiple regression) contain lucid explanations of these topics. We were fortunate to be assigned this wonderful book as the first undergraduate text in statistics and regression analysis. 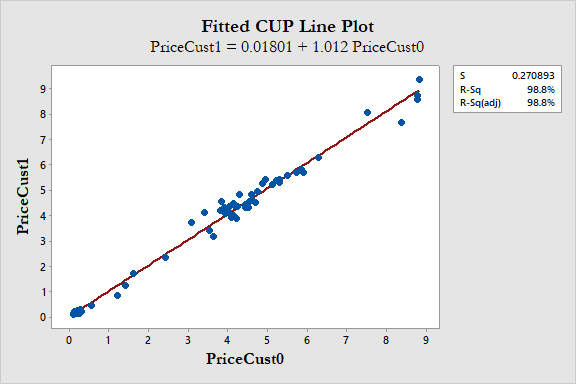