The operating profit margin (e.g., operating margin measured after depreciation and amortization (OMAD)) of 23,151 companies listed in many countries, reflecting fiscal year-end 2015, departs from the usually presumed normal distribution. In this large sample, OMAD gets a better fit using the Gamma distribution.

Fig. 1 shows the histogram of OMAD, with a superimposed Gamma function. Fig. 2 shows a probability plot of the same data, and the Gamma function provides a good fit. These figures suggest that the presumed normal distribution underlying the usual calculation of the mean, standard deviation and quartiles is unreliable. This big sample includes companies with a positive OMAD, excluding loss companies.

Since 1989, when we started investigating company-level profit indicators using data tapes from the IRS SOI (Statistics of Income) Tax Stats, we know that tax-based OMAD is skewed, containing long tails with many outliers. This empirical knowledge formed the basis for using quartiles, including the interquartile range, as a method for detecting noncompliance among controlled taxpayers.

The adoption of the interquartile range as the de facto statistical method to establish an arm's length range of profit indicators was a regulatory over-simplification, a non sequitur whose misuse has become a folly. This questionable assumption about the prevalence of the normal distribution implies also that the computation of industry specific OMAD summary statistics used to test the reasonableness of judgement selected comparables may be unreliable. We must first consider the frequency distribution of the applicable data before computing a reliable arm's length range of profit indicators.

Blind faith in the normal distribution is naïve.

In this case the Gamma distribution reveals that positive OMAD is asymmetric and has a long tail containing many outliers. Instead of calculating the mean of the data as the sum of observations divided by count (N), and the standard deviation as the average deviation from the mean, with denominator (N – 1), we must employ the formulae of the Gamma distribution to produce more reliable estimates of the mean and spread or standard deviation.

For the Gamma distribution, we can write OMAD ≈ Gamma(α, β), and estimate the α and β parameters using comparables from i = 1 to N observations:

The coefficient of variation of the Gamma distribution is:

Skewness is equal to 2 / SQRT(α), which depends only on the shape parameter.

Industry specific OMAD might obey other frequency distributions, such as the lognormal; However, the normal distribution is an unlikely candidate because of pervasive data asymmetry, long tails, and outliers.

RoyaltyStat provides subscription based royalty rates, company financials (OMAD), annual reports, and built-in statistical tools—including the estimates of α, β of the Gamma function, and the associated mean, standard deviation, and quartiles. We also compute online summary statistics for several other statistical functions applicable to economic variables, such as royalty rates and OMAD, including the lognormal, Pareto, and Weibull distributions.

The naïve attachment to the normal distribution can produce unreliable results because the comparables used to determine arm’s length consideration and ascertain “true taxable income” in transfer pricing are selected using non-random (judgement) procedures. Further, the resulting samples are usually small, containing from eight to 15 observations. Under this double jeopardy (untested assumption about the normal distribution and small samples), the proposed “true taxable income” is vulnerable to attack because falsifiability can be invoked by questioning the factual demonstrability of the underlying data distribution.

The practice of using small samples of selected comparables via bias-prone judgement procedures makes it difficult to ascertain the underlying data distribution. Since there may be no empirical reason to accept the assumption that the normal distribution is valid, heuristic appeals to the law of large numbers (the central limit theorem) are likely to be unconvincing. Thus, empirical challenges to the assumed normal distribution suggest that the arm’s length standard (based on judgement, non-random selected comparables) is flawed, and needs to be replaced by more reliable methods.

One candidate (with scientific admissibility) is to allow safe harbors from industry specific random sampling of censored data. Censoring (filtering) data is important to control the distorting effects of outliers before the computation of the mean and standard deviation of the applicable frequency distribution. We could then be confident that the arm's length range of royalty rates or profit indicators are reliable and resilient to argumentum ad hominem.

The Gamma and other relevant distributions for economic applications, such as the lognormal, are detailed in Christian Kleiber & Samuel Kotz, Statistical Size Distribution in Economics and Actuarial Sciences, John Wiley & Sons, 2003, pp. 160-161.

Also, K. Krishnamoorthy, Handbook of Statistical Distributions with Applications (2nd edition), Chapman & Hall, 2016, includes the formulae for the computation of confidence and tolerance intervals for many distributions, including the normal, lognormal, and Gamma. 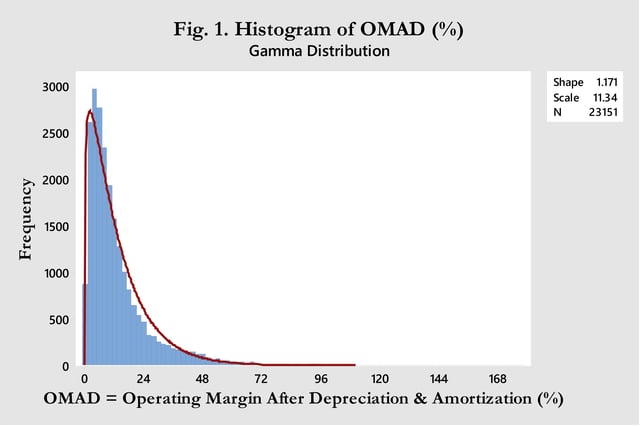 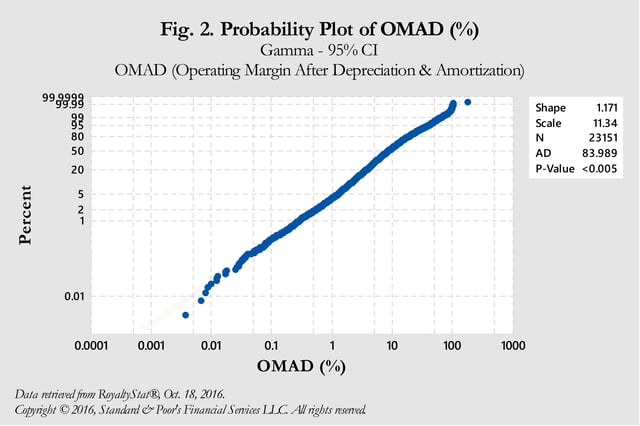