The company-level operating profit markup can be estimated as a power function or a linear function between Net Sales (SALE) and Total Cost = XOPR = COGS + XSGA. The difference between Net Sales and Total Cost (measured by XOPR) is OIBDP (operating income [profit] before depreciation and amortization, or EBITDA). Some analysts include DP (depreciation and amortization) in total cost; however, DP is subject to substantial accounting discretion (such as including acquisition related impairment charges), which can prejudice cross-section comparisons.

where the slope coefficient β > 1 is the OIBDP (or EBITDA) markup.

We take the U.S. pharmaceutical giant Pfizer (GVKEY 8530) as an example, and obtain:

This Pfizer example (showing the remarkable annual stability of the EBITDA markup = 70.5%) is prima facie indication of oligopoly behavior, or strong barriers to entry allowed by ineffective antitrust regulations. In price competition, Pfizer’s galactic EBITDA markup would dissipate or revert to a non-galactic across industry average.

The scatterplot below shows the historical stability (despite mergers, acquisitions, and divestitures) of Pfizer’s oligopoly-type operating profit markup. In fact, Pfizer’s EBITDA markup is higher than the reported magnitudes because research & development (R&D), advertising, sales promotion, and detailing are expensed to reduce taxable profits, and not capitalized on the balance sheet. 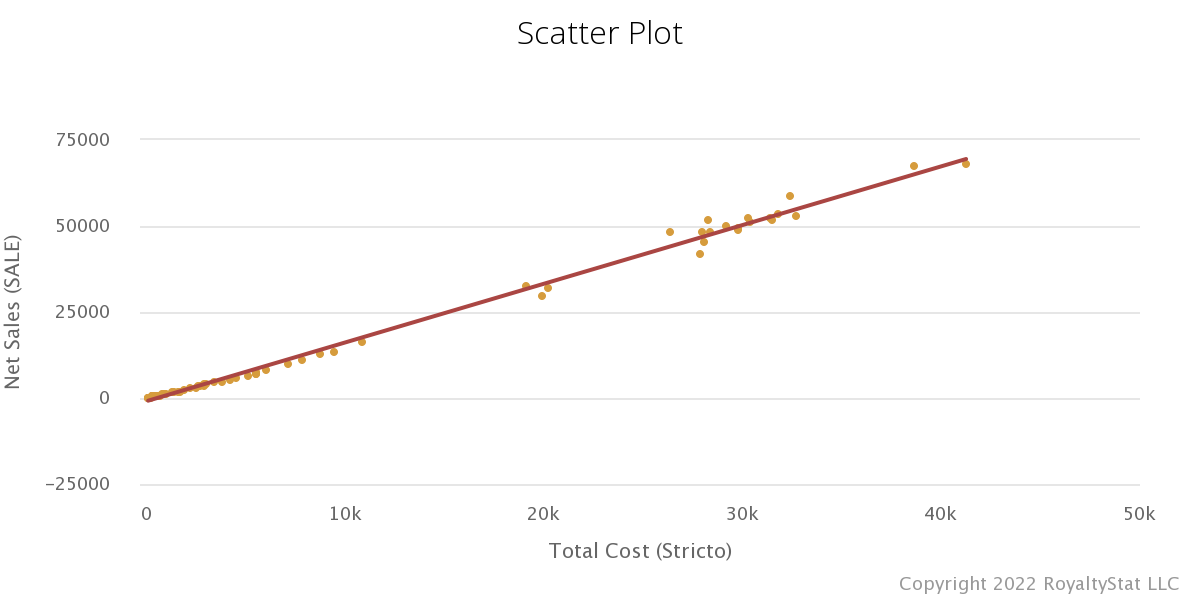