When advising tax authorities, often I face face claims that major U.S. retailers (considered to be comparables to an inbound “tested party”) have operating profit margins that vary from 0.5% to 1.5% of their net sales.

This interquartile range (IQR) varying from 0.5% to 1.5% does not reflect the reported operating profit margins of the purported comparables but is instead obtained by dodgy asset intensity adjustments.

Dodgy because the proposed asset adjustments are not supported by economic principles, and their statistical significance is not ascertained.

Taxpayers’ transfer pricing positions must be more credible if they stand a chance of surviving audit scrutiny. Unlike the naïve presumption of some corporate taxpayers, tax authority scrutiny can be sophisticated.

First, the sample forming the safe harbors must consist of companies that bear “sufficient similarity” to the functions performed by the controlled taxpayer.

Second, by the issuance of information requests (IDR) at the beginning of the audit, the tax administration must ascertain if comparable uncontrolled transactions (CUP) exist or if comparables exist to apply a specified method.

Third, the tax administration must share the information underlying the safe harbors with the taxpayer.

Industry-specific safe harbors were called the statistical approach to transfer pricing adjustments, and application of this approach became the nursery-school for the development of the comparable profits method (CPM or TNMM in the OECD guidelines).

I propose this (unofficial) safe harbor of transfer pricing operating profit margins on a large sample of U.S. retailers that perform “routine” functions.

The sample was determined from certain canonical search criteria using the Standard & Poor’s Compustat® database of company financials, which are integrated into the RoyaltyStat® transfer pricing interactive software:

I obtained 57 U.S. retailers to calculate the IQR of operating profit margins before the depreciation (OMBD) of property, plant & equipment, and before the amortization of acquired intangibles:

For comparison, I estimated the reduced-form operating profit markup equation:

This independent variable is called Total Cost (Stricto) because the depreciation and amortization are excluded from the total cost base.

The t-Statistics of the regression coefficients are corrected for heterogeneous variances and for serial correlation by using RoyaltyStat’s built-in Newey-West (NW) algorithm.

The regression slope = 1.0731 is the change in S(t) that accompanies a unit [USD million] change in the independent variable C(t).

This operating profit markup = 1.0731 is equivalent to a safe harbor OMBD = 0.0681 or 6.8%. See https://blog.royaltystat.com/transfer-pricing-methods-based-on-operating-profits

Fig. 1 of this blog shows that the standard model of the operating profit margin does not produce a good statistical fit, so the regression coefficients are unreliable. Operating profit is the difference between S(t) and C(t).

Fig. 2 shows the strong regression results written above from which I propose the safe harbor minimum U.S. retail OMBD of 6.8%.

Thus, under transfer pricing audit scrutiny, even if the controlled U.S. retailer is stripped of its key purchasing function, the reporting of an OMBD ≥ 6.8% is expected.

As in Rivas’s presage bolero quoted above, some audit pain and ruin are self-inflicted.

In related blogs, I suggested that the comparable profit margins should be measured by using the reduced-form and not the structural profit equations in regression analysis.

Ronald Wonnacott and Thomas Wonnacott, Econometrics, Wiley, 1970, pp. 152-153 contains a good explanation of the problem of estimating structural equations. Inconsistent estimates are obtained by using ordinary least squares (OLS) when the independent variables and the errors are correlated. Several solutions can be proposed, including using instrumental variables, two-stage least squares (2SLS), and indirect least squares (ILS, pp. 161-163), which is my simpler choice.

Jan Kmenta, Elements of Econometrics (2nd edition), Macmillan, 1986, pp. 651-660. E.g., p. 653: “Typically, economic theory tells us which relations make up the model, which variables are to be included in each of the relations, and what is the sign of some of the partial derivatives. As a rule, economic theory has very little to say about the functional form of the relations, the time lags involved, and the values of the parameters.”

I suggested that the selected profit indicator should measurebefore depreciation (EBITDA) and not after depreciation (EBIT) because accounting depreciation rates differ among purported comparables of the tested party. See https://blog.royaltystat.com/transfer-prices-based-on-ebitda-not-ebit

The trimean is computed using the formula:

where Q1 and Q3 are the lower and upper quartiles.

Tukey’s trimean is superior to the median because it is a weighted average of Q1, median, and Q3. 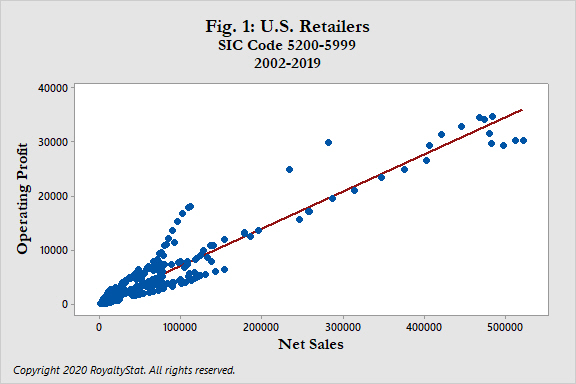 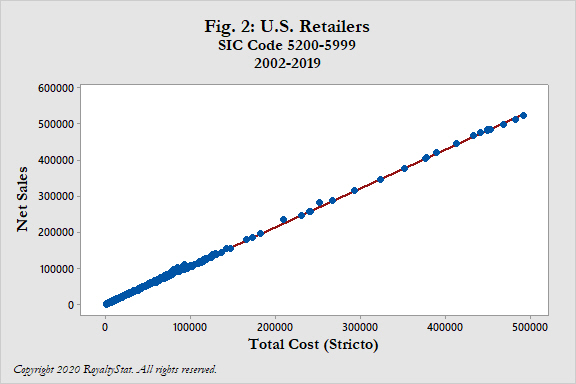